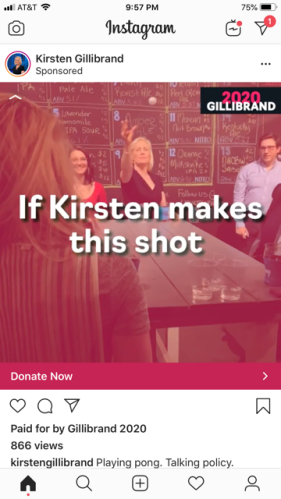 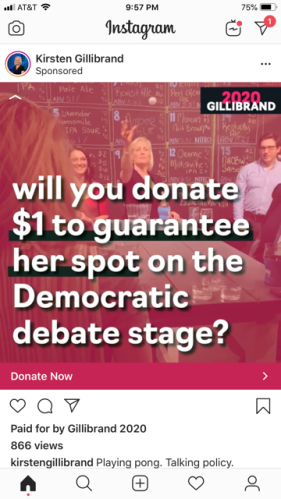 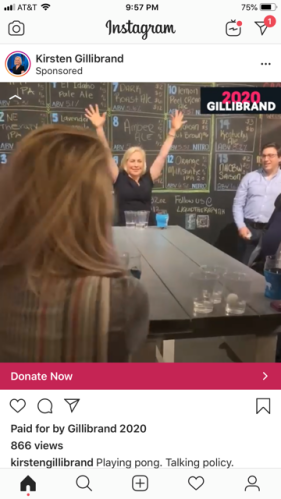 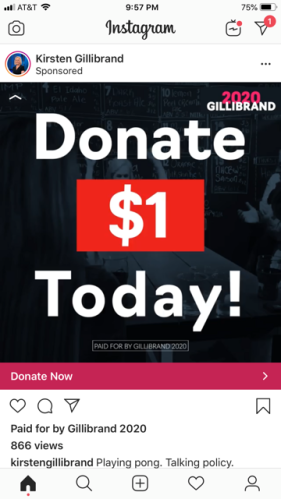 I stumbled upon this gem a few days ago, and had to watch it three or four times just to let it sink in. Here we see a presidential candidate’s Instagram ad, asking for money to qualify for the next round of debates.

But this is no ordinary candidate, this is Kirsten Gillibrand—cool, approachable, even “hip.” So hip, in fact, she plays ‘pong (it used to be called “beer pong” but the kids don’t call it that anymore, on account of their word usage efficiency.) Is this the dumbest, most cynical ad I’ve seen so far? I don’t know, but I’d expect more from the leading tobacco lawyer in the Senate.