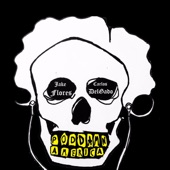 Pod Damn America is the show from the comedian, Jake Flores, who recently made a joke on Twitter about killing ICE agents for Cinco de Mayo (a gross over simplification) and was visited early the next day by Homeland Security agents.

It is a pretty funny story and I like the guy, I’m giving it a recommendation. More leftist media!

Check out the episode about the incident here:

Check it out on iTunes or on Soundcloud or even support the show on Patreon.

And I have to point out, although I’m not the first to point out, that this show’s use of the word “pod” actually makes sense as a pun, unlike certain Obama-staffer shows that tried but failed. Nobody ever said “pod save America.”

Insane Clown President: Dispatches from the 2016 Circus | by Matt Taibbi